Alan Chan, a master designer with 52 years of experience and countless accolades under his belt, shares the mechanics of his design process. 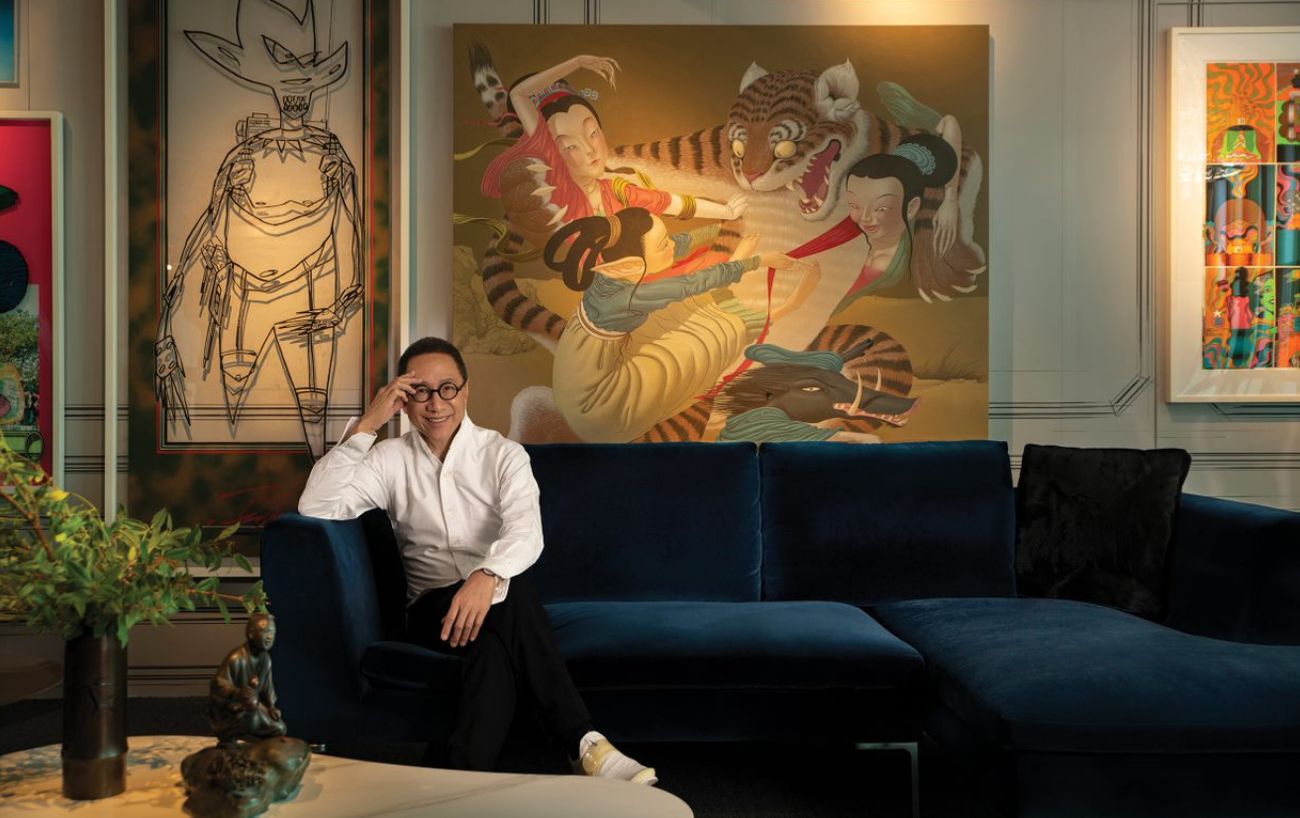 An accomplished designer, a successful business-owner, an avid Asian art collector, and an artist, above all, Alan Chan has played many roles, often simultaneously, through the five decades of his illustrious career. "Looking back at the 52 years of my career in the design industry, I think a lot of things have happened unexpectedly. My world is a stage of dreams, adventures and sharing, which rendered a well-orchestrated theatrical experience of transformation and becoming," shared the designer and founder of Alan Chan Design Co, a design consultancy established four decades ago.

Alan began his journey with a 10-year stint in the advertising industry, starting off as a 20-year-old design apprentice at an agency. "Advertising and design, although somewhat parallel, work very differently from the art industry. It involves a lot of research and strategic thinking based on the user. A creative brief must exist before you can start working on the deliverable. Art is simpler, less complicated. It is more fluid," he said. According to him, art is an organic process that continues evolving until you have reached a final product. It is not restricted by a creative brief but has a purpose that reveals itself naturally.

Over the years, Alan has perfected the balance between the systematic approach he learnt from advertising and the organic creativity that comes naturally to him. "The 10 years in advertising during the 70s taught me a lot – they provided me with the training to become an all-rounded designer, from doing user-focused research to working with a team. It also set the stage for what my company is today," he added. The backbone of Alan Chan Design Co is the 'Oriental Passion Western Harmony' design philosophy that the veteran designer initiated when he started the business in 1980. With a range of works spanning graphic, product and interior design, and each project deeply rooted in Asian culture and history, the company has brought two sides of the same coin – east and west, past and present, oriental and western – together, in profound design works that showcase the best of both worlds. 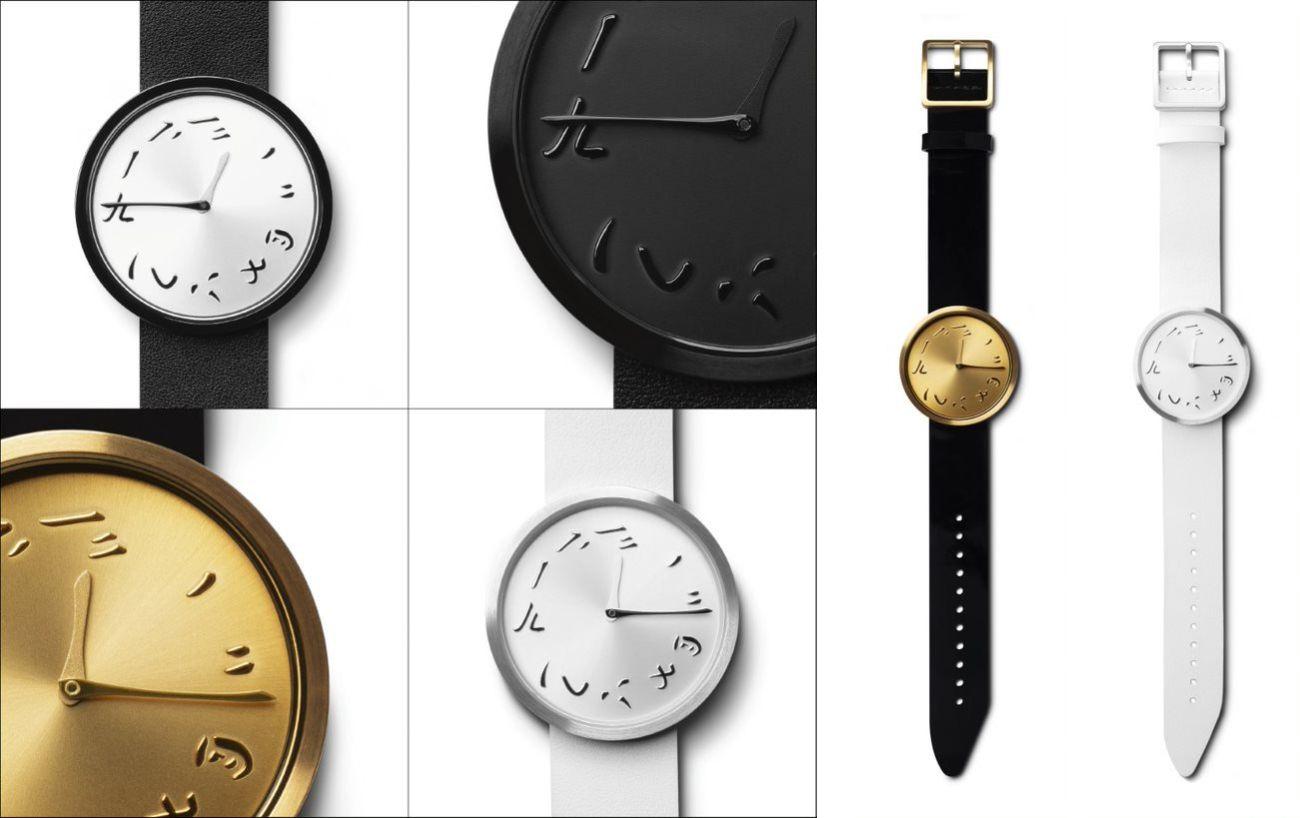 The NOW Timepiece unveils Chinese calligraphy inspired design with time. The minute hand completes the Chinese numerals as it moves around the dial while the strap depicts a calligraphy brushstroke.

"We never planned the design philosophy – 'Oriental Passion Western Harmony' – that me and my team abide by. It came to us naturally, or organically," shared the designer, whose creative process is a series of conversations, sketches, light-bulb moments, and creative interventions that truly come from within and develop organically into a finished product. There is no methodical planning that goes into Alan's design – it is all about the journey that creativity takes for him. "People often describe me as a designer accomplished in blending the east with the west. I think that is a very convenient narrative. I was exposed to a lot of western influences in the beginning of my career, but I have lived in Hong Kong most of my life and the city inspires me every day. My experiences have naturally concluded in my design language becoming a blend of the two different worlds. I do not have a set formula for designing objects that are quintessentially Asian. I do not specifically choose the oriental and western elements to blend together. I simply find my inspiration, let my creativity explore, and reflect on the living experiences I've had in order to make something unique. My aim is always to cultivate new aesthetic values that appeal to people from all walks of life," he shared. 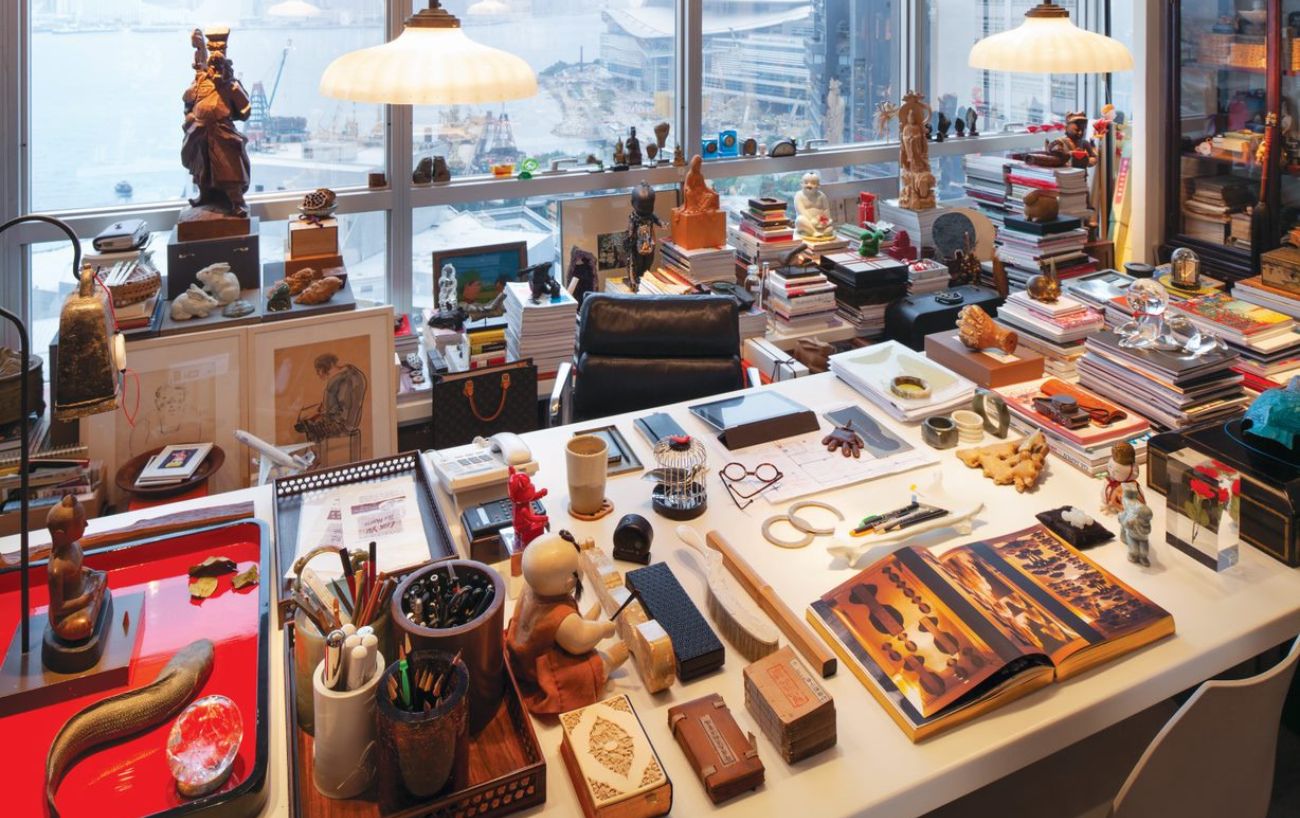 A glimpse into Alan Chan's collection of Asian curiosities on his office desk.

As an avid collector with a remarkable collection of over 10,000 exquisitely designed and crafted Asian artefacts, Alan is surrounded by inspiration, and in turn, inspiration has given him the ability to "discover" and "develop" thoughtful designs. His exposure to other cultures and curiosity for learning also gives him a natural edge to designing with a contemporary sensibility. "Alan is everywhere because his interests lie everywhere. His curiosity is voracious, his exuberance, inexhaustible. And while this goes a long way in explaining how a young, self-taught designer could become such a singularly influential force in shaping the visual culture of Hong Kong and beyond, it also helps explain Alan's insatiability as a collector," writes Aric Chen, General and Artistic Director of Het Nieuwe Instituut, Rotterdam, Netherlands, in the foreword of the newly released book by Rizzoli Italy, titled "Alan Chan: Collecting Inspiration for Design" that takes a deep dive into his collection of art and artefacts and how they have inspired his iconic designs. Part autobiography, part reflection on creativity, it is full of insights into Chan's remarkable design process, making it a treat for the eyes and a valuable resource for new and established designers alike. 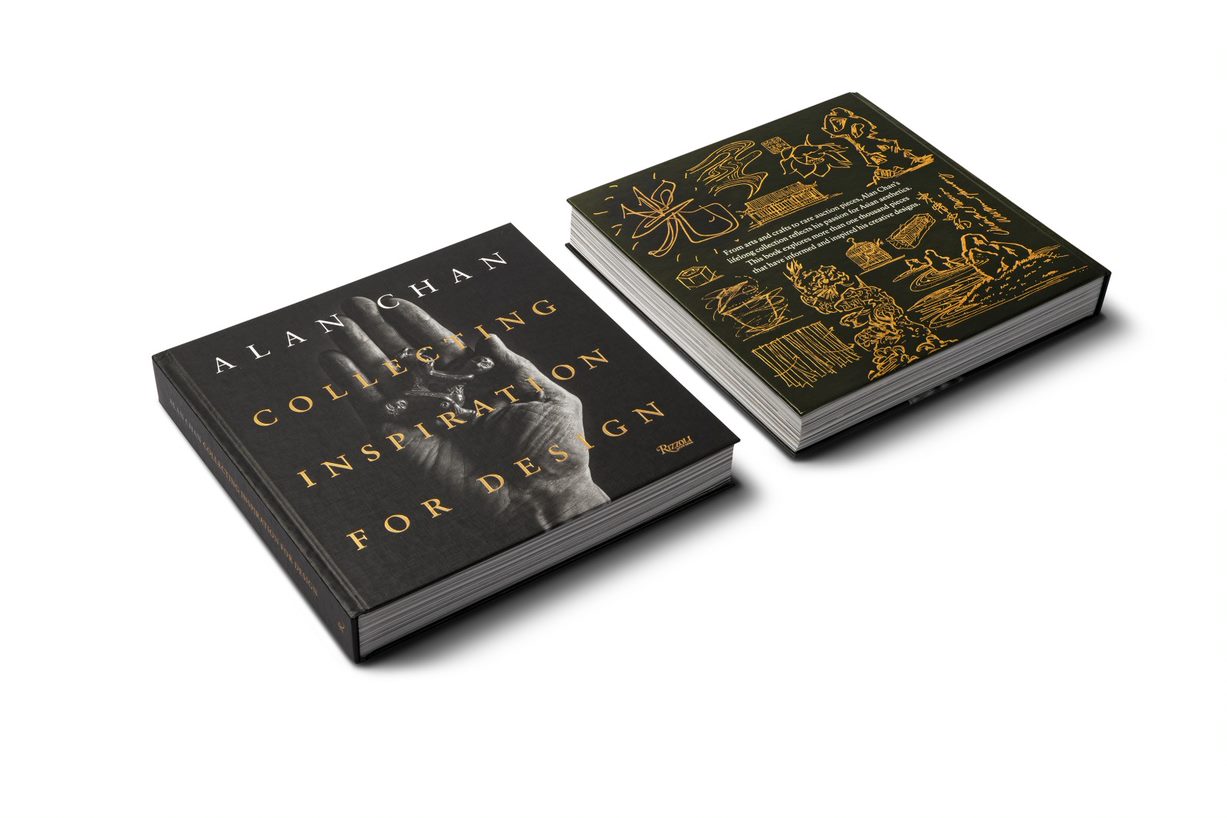 With a star-studded portfolio and over 600 local and international awards, Alan Chan is no doubt one of the most accomplished designers our region has and will ever see. However, his process is so much more than just a blend of the east with the west. It is a balancing act between the needs of users and freedom of creativity. It is a reflection of the designer's own personality and lived experiences. It is a legacy that will continue to inspire generations of designers to come.